“The crisis of the Kurdish referendum and the escalation between Baghdad and Erbil delayed the completion of the budget for 2018 next year,” the committee’s financial committee chairman Ahmad Hama Rashid said on Friday.
Rashid said in a statement that “the preliminary estimates of the next budget included a deficit estimated at 37 trillion dinars and includes the debts of the State of Kuwait, which is worth 4.6 billion dollars, which is equivalent to more than 5 trillion Iraqi dinars,” pointing out that “the negotiations between the Iraqi and Kuwaiti, Kuwaiti debt and thus reduce the budget deficit to 32 trillion Iraqi dinars. ”
He added that “the initial expenses of the state estimated 120 trillion dinars and revenues estimated 90 trillion Iraqi dinars, including 11 trillion Iraqi non-oil revenue, and the rest is the oil revenues on which the state depends.”
The committee’s decision that “the budget of the region of 17% in principle has been included in the budget next year 2018, to be exported oil from the region of 550 thousand barrels per day and through the National Oil Company (Sumo), pointing out that the recent tensions and the absence of members of the Finance Committee Of the Kurdish component in parliament has been unable to finish and look at the budget of 2018, adding that the region and over the past three years did not hand over Baghdad oil export revenues and everyone is waiting for negotiations between Baghdad and Erbil. 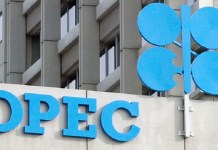